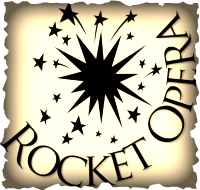 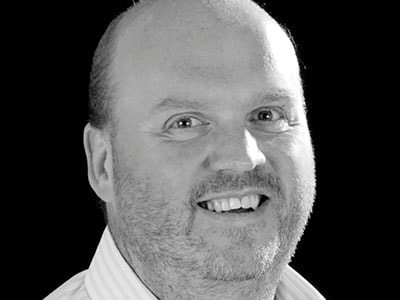 For Scottish Opera he covered Don Ottavio Don Giovanni directed by Sir Thomas Allen and conducted by Speranza Scapucci, and he works regularly with English National Opera since his debut as Guest John Cage Dinner Party in the ENO MusiCircus having covered Dantine The Perfect American, Pliable/Superstition/Celestial Voice A Pilgrim's Progress, and in the preproduction workshops  as Gizmo 3 The Way Back Home and Security Guard Between Worlds and also in recital in an ENO Late Shift Recital and for ENO Baylis as Alfredo Know the Show La Traviata and Tamino Know the Show The Magic Flute and for the past two years has been a member of ENO Opera Squad taking performances into secondary schools in London as Nanki-Poo The Mikado and Ottavio Don Giovanni. For the Edinburgh International Festival he has appeared as 1st Tenor Soloist Curlew River, Lehrbube Die Meistersinger von Nurnberg (alongside Jonas Kauffman as Walther), and Vorsinger Zaide conducted by Sir Charles Mackerras.  He is guest principal tenor for Opera Anywhere, Impromptu Opera, Black cat Opera and InterOpera and most recently at the Musica Na Fabrica Festival in Lisbon, Portugal with Opera Lab Europe directed by Max Hoehn.  He has appeared in concert in France, Sweden, Italy and throughout the UK.

Austin teaches singing at Hull University, Durham University and was previously head of studies to OperaLabUK for whom he gave masterclasses and workshops throughout the UK and in Paris and Brussels.  He has produced and directed singers in opera including for Newcastle Area Chamber Opera, Newcastle University Opera Scenes, Hull University and Rocket Opera, and conducted orchestras and choral groups throughout the north of England including Sunderland Symphony Orchestra, Newcastle Cathedral Choirs, The Lantern Singers, and Prince Bishops Brass Ensemble and has directed from the harpsichord for Newcastle Area Chamber Opera and the University of Hull in performances of Handel Rinaldo. Austin delivers performances and workshops for English National Opera's Opera Squad in schools in London. 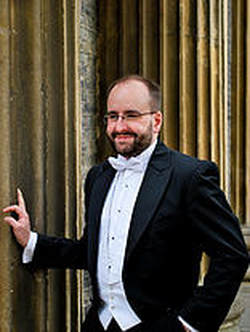 Peter Ford Principal Guest Conductor
Equally at home in a wide range of genres, Peter works as a conductor, coach, and educator throughout the UK. In addition to his work as Artistic Director of The Black Cat Opera Company, he currently holds positions with Andover Choral Society (Hampshire) and Capel Choral Society (Surrey). He also works regularly as an accompanist and music coach for Melofonetica, under the direction of founder and lead coach Matteo Dalle Fratte. Highlights as a pianist have included a recital at the Tíbrá International Festival (Reykjavík), appearing with tenor Ólafur Rúnarsson.​​
Early conducting studies were undertaken both privately with Colin Howard and at the Canford Summer School, overseen by the late George Hurst. Postgraduate studies at the University of Surrey resulted in an MMus (Conducting) awarded with distinction. While a student he participated in workshops with conductors Martyn Brabbins and George Vass, as well as receiving regular tuition from the university’s Director of Conducting, Russell Keable, with whom he continues to study.​
He has extensive experience of conducting in theatrical settings and works regularly with seasoned professionals, amateur performers, and children’s theatre groups. Between 2000 and 2006 he was Musical Director and co-founder of Winterbourne Opera, with whom he conducted numerous productions and concert performances, as well as establishing the chorus. Recent operatic projects with The Black Cat Opera Company include Don Giovanni, Carmen, Falstaff, Così fan Tutte, and La Bohème, as well as The Mikado and Don Giovanni for Rocket Opera/Berwick Festival Opera.
In August 2016 Peter made his international conducting debut at the Birgitta Festival in Tallinn, Estonia, one of the leading music-theatre festivals in Northern Europe. Appearing with The Black Cat Opera Company and Estonian National Symphony Orchestra (ERSO) he was privilaged to conduct the opening night of the festival, dedicated to the memory of its founder and director, maestro Eri Klas.

Heather Jill Burns made her operatic debut in the title role of Vivaldi's Arsilda Regina di Ponto at the Newcastle Early Music Festival and is a founder member of Rocket Opera having played numerous roles in productions as well as day to day planning and preparation for all projects.  Heather is a graduate of the Royal Conservatoire of Scotland, Newcastle University and the ENO Operaworks programme, played Erda in LiveArtsShow's Off West End Award nominated Rhinegold directed by Martin Constantine, and was a core principal for English National Opera's Know the Show Magic Flute.  Heather also appears as a concert and oratorio soloist throughout the UK.

If you would like to an audition for roles, chorus or to be included in our masterclass series please contact us.